The immediate past Managing Director of the Ghana Commercial Bank, Ransford Sowah has been nominated to serve as Ghana’s ambassador to Canada-Ottawa.

This was revealed after President Nana Addo Dankwa Akufo-Addo presented a list of nominees to the Council of State to be considered for ambassadorial roles in his second term.

Sowah is joined by a host of other nominees including; the former Minister of Local Government and Rural Development, Hajia Alima Mahama, who has been named to head Ghana’s mission in Washington DC and former Chief of Defence Staff Lt. Gen. (rtd) Obed Boamah Akwa, who has been nominated Ghana’s High Commissioner to Egypt.

The former banker had taken over as boss of the state-owned bank from Ernest Mawuli Agbesi and served from 2017 till September 2020 when he stepped down.

His international banking footprints include working in the City of London for 30 years as well as the Commercial Bank of London branch, the Ghana International Bank London and Bank of Montreal Capital Markets, London.

Only Ghana Card will be accepted for financial transactions…

Pressure from the Government forced us to increase our…

Ghana wins ‘airport war’ with Britain – But how did the…

During his time at GCB bank, he was known to have championed a number of reforms in one of the country’s largest banks in terms of total assets and share of industry deposits.

Among these reforms were a consistent record in optimising the financial market of the bank, increased revenue, profit and service performance of operations. 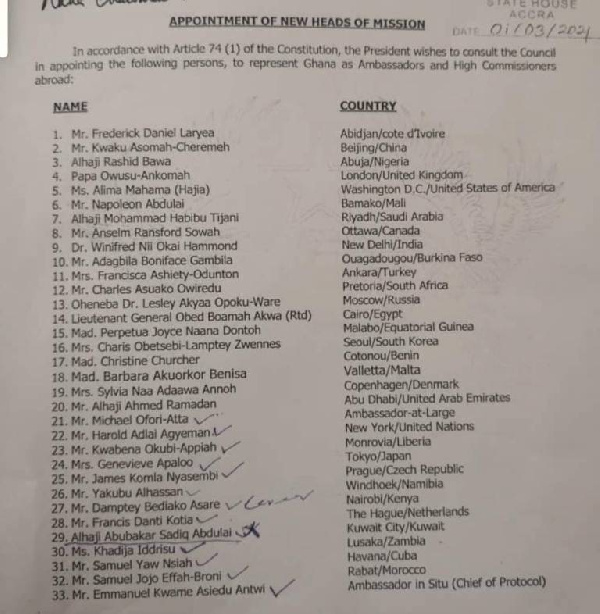 Pressure from the Government forced us to increase our prices – MTN

Receiver for collapsed 347 MFIs turns to property auctions this week

Only Ghana Card will be accepted for financial transactions…

Pressure from the Government forced us to increase our…

Ghana wins ‘airport war’ with Britain – But how did the…