For the second time this week, Lynx Entertainment signee, KiDi has apologized and this time, it is for some old tweets that were targeted at Ghana’s fastest rapper, Sarkodie.

The Ghana Music Awards Male vocalist artiste of the year, came under backlash after some social media users dug some old tweets from the ‘Thunder’ hitmaker.

In what suggests to make the old adage ‘the internet does not forget’ true, KiDi is being haunted for comments he made about Sarkodie. The tweets reveals how young KiDi made savage comments when Sarkodie won the BET award.

In separate tweets which dates back as far as 2013 he wrote;

“So Sarkodie Won The Bet award Last Night! eeeeiii we are dead!!”

“Yo @JDMahama, How much tax is @Sarkodi paying on his collections?”

But I want manifest to win!” 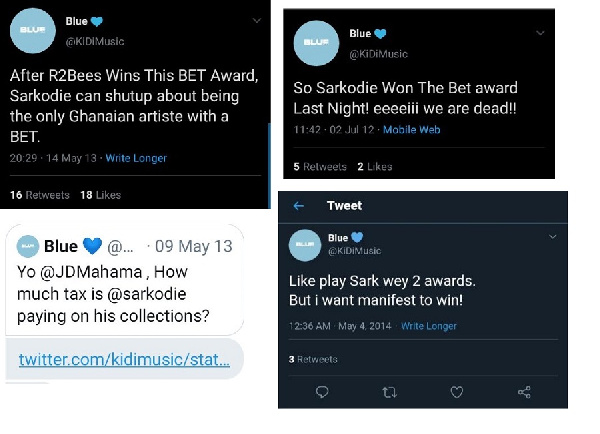 However, hours after those tweets surfaced on social media, the ‘Enjoyment’ hitmaker has come out to apologize.

The musician pleaded with Ghanaians to forgo of his youthful past and rather focus on putting Ghana music on the map.

“I’ve posted some things on social media when I was too young to understand how it would negatively affect those I talked about. But life has taught me to always appreciate people’s hustle, and never speak ill about someone else.
“Let’s take me as an example so we are more supportive of each other on social media. I apologise to those I offended with these actions from my past. I hope we can focus our energy on putting Ghana music on the map together. Love”

KiDi’s second apology comes on the back of an embarrassment on a local radio station where the presenter of ‘Ayekoo’ show on Accra FM expressed his disappointment in the artiste for continuously appearing late for a booked interview.

Despite being humiliated and without further explanations of why he turned up late, Kidi apologized to the host and listeners before exiting the studio on Thursday. 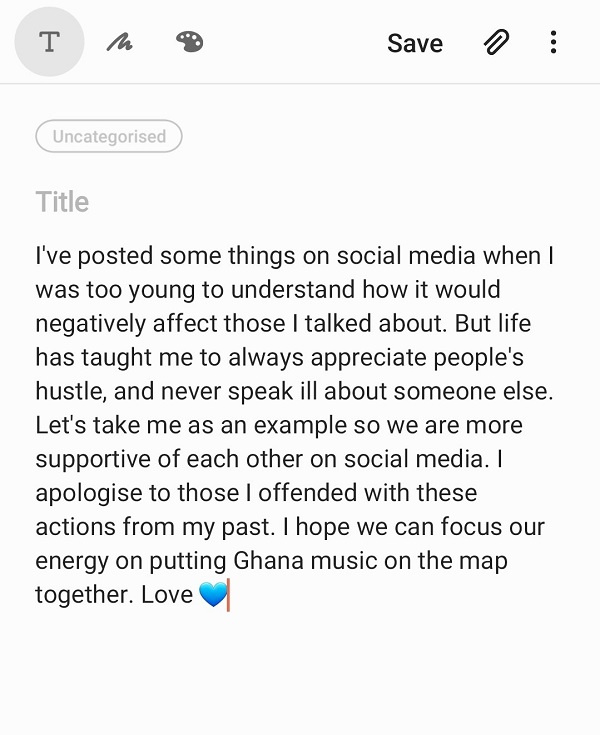 “I feel happy when tax is deducted from my MoMo, I support E-levy” – Cwesi Oteng